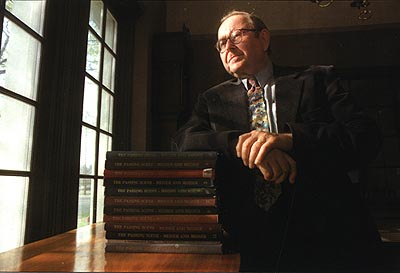 George M. Meiser,IX was born, reared, and educated in Reading, Pennsylvania. Soon after graduating from Kutztown University, he was appointed principal of the Alsace Consolidated School, in the Oley Valley of Berks County, Pennsylvania. From 1966 to 1996, he had been on the faculty of the Wyomissing Area School District. Mr. Meiser is well known for his long-running newspaper series, The Passing Scene, which had some 225 installments in the Reading Eagle, beginning in 1977.

Mr. Meiser is an avid collector of early recordings, phonographs, and talking machines. He began taking pictures at age 9 and did all necessary darkroom work until 1998. From 1978 to 2008 he was a member of the Reading Historical Architectural Review Board. He has appeared on Berks Community Television (BCTV) as a guest and host since the late 1970's.

PUBLICATIONS:-
The following is a list of the publications which George Meiser has authored with the research assistance of his wife, Gloria Jean.